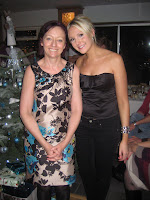 Hi everyone,
Huge apologies for the recent silence. I won't try and explain or make excuses as if you know me well you'll know why it is. If you don't and want to get in touch that would be great but I don't want to bore you!
I've just written an article for Backbone - the SAUK newsletter. I'm reasonably happy with it and have sent it over to them tonight, but thought that posting it here might also be helpful. I'm very conscious of the number of people I know that are anticipating surgery or recovering from it and if anything I say or write can help someone then I want to get it out there!
I will write more on another subject soon but for now here is the Backbone article - along with my love and best wishes for a very Happy New Year.

I clearly remember being asked to bend over and touch my toes. I don’t remember exactly what happened after that but it was obvious that something significant was wrong by the reaction of the school nurse and my mother.

I’m not sure exactly how old I would have been – around 12/13 I guess – and the occasion was a school medical. Back in the days of nit nurses, sight and hearing tests and BCGs for all – already you may have guessed that I’m not a typical two year post-op scoliosis patient! That medical was probably four decades ago now, and just the beginning of what has been a long and winding road. Much like my spine.

The diagnosis of adolescent idiopathic scoliosis – AIS – was confirmed at the Royal National Orthopaedic Hospital at Bolsover Street. The following months – or was it years – seem to blur into one when I look back and remember the appointments, x rays, measurements and eventually the decision to go for surgery and hearing it would be a wait of around three months.

I’m not absolutely sure why the operation never went ahead. I guess my parents decided the risks outweighed the benefits. I seem to recall the doctors emphasising the dangers of surgery at that time. I wasn’t in pain – I hadn’t even been aware that there was an issue. Once it was pointed out though I did of course become aware of the rib hump, and increasingly self-conscious. I stopped wearing skimpy tops or vests, or bikinis, or horizontal stripes, or anything that drew attention to it. Underwear didn’t fit properly and straps slid off my shoulder.

No one will ever be able to say for sure that the two were related but is it altogether surprising that I went on to develop an eating disorder that resulted in three months hospitalisation? If anorexia is related to self-esteem and how you view your body then there was enough going on to keep any psychologist in business – though sadly at the time no one seemed to make the connection and self-starvation took precedence over spinal curvature.

One very vivid memory from those teenage years is that of the visits to the osteopath. I’m unsure if they were intended to help the pain – which I don’t actually recall – or an attempt to correct the curve. What I do remember is a dark and –to a teenage girl – evil smelling room lined with shelves of herbs and embrocations. Stripping to my underwear in order to be swung around by a middle aged/elderly gentleman was something I hated with a vengeance.

Fast forward to my early twenties and I married the man who was to be my husband for thirty years last time I looked! The very first wedding dress I tried on had a lace “cape” that fell from the shoulders to my waist perfectly disguising the hump I was now so conscious of as I stood at the altar. And that was to set the pattern for the next twenty something years, as life would be about avoiding, disguising and denying my scoliosis.

Over the years I gave birth to four children – natural drug free deliveries, two at home. Having been told an epidural would be problematic I made sure I was well prepared. Back pain was by now an on-going and increasing problem but visits to my GP usually resulted in a prescription for painkillers and perhaps a few sessions of physio. Plus one painful and unsuccessful attempt at acupuncture!

A significant turning point came at the grand age of 50. For some time I had experienced problems with my breathing and I was a regular user of both “blue” and “brown” inhalers. A particularly bad “episode” led me to seek medical advice and co-incidentally I attended an SAUK conference at around the same time. I asked for a referral to a scoliosis specialist.

Some weeks passed and I wondered if I would ever hear anything. When I did however it was exactly what was required. My brilliant GP had successfully bypassed the orthopaedic surgeon at our local general hospital and I was to be seen at Stanmore Orthopaedic – a centre of excellence.

My first appointment was incredibly positive. I had a severe – but correctable – curve and was sent for MRI and bone scans with a view to corrective surgery. This came as a huge shock after so many years and not having considered the possibility of a correction, but initially I felt quite positive especially when it came to the cosmetic improvement I could expect.

The scan results were less encouraging - when I went to see my consultant again he spelt out the risks in no uncertain terms. My 66 degree curve was progressing rapidly and would require two surgeries a week or so apart. I could expect to be in hospital for a month, with possible side effects including chest infection and paralysis. I left the consultation in turmoil, unsure what to do, but decided a second opinion was the sensible way forward.

And that was the best decision I ever made. Stewart Tucker reviewed my notes, surveyed my scans and concluded my curve “does not look too daunting”. He would operate in two weeks time, anterior and posterior surgery in one day, and I should be out of hospital in two weeks.

Details of what happened next can be found on my blog www.lookingforlinda.blogspot.com

I made it my mission to write something (almost) every day – from the angst over whether to undergo surgery through the hospitalisation to recovery and beyond. I really hope that you would like to join the many people who chose to join me on the journey by reading the blog, but if not then I’ll try to summarise in a sentence or two.

Scoliosis surgery was the biggest challenge of my life. I’ve heard it said that the only surgery more difficult is a heart and lung transplant and can well believe that. Having given birth to four babies with just a whiff of gas as pain relief I have never known pain such as that post op. Thank God for the wonderful nurses, and the drugs, that can control it and help you towards recovery.

Almost two years post op I feel as if I am finally “getting my life back”. Pain is no longer the single uppermost thought on waking and throughout the day. The post-traumatic stress is receding. I absolutely adore wearing dresses and have bought way too many over the past months!

Suddenly life is stretched out before me in a way it hasn’t been for some time. This time last year – and the one before – I welcomed the New Year with tears. This year it will be with a smile. I’d love to talk to you more about scoliosis if it’s something that affects your life so please find me online. Lindaaanderson (Twitter) or Lindaanneanderson (FB) – and do check out that blog!